Web development in the past couple of years in India has seen a huge spike. The entrepreneurship is highly seen in India and people working passionately about it. In this time it is hard to choose a good and supportive web hosting server for their growing business and for the security at this time.

Two of the big web hosting giants in India are the Hostinger and Bluehost who also happen to be a huge competitor in the global market. Hostinger India and Bluehost India both have made their mark in India in a very quick time and over millions of domains of India are today handled by both the giants.

Choosing over a web hosting serviceis like choosing a tray of all the sweets you like. It can be a difficult choice. So, it can be a little painful experience but you only choose the best, the one you like the most. But the story or likes is quite different here instead of your likes you have to choose it from the ones which meet your needs and provide you with great service at the same time.

Hostinger has been an upcoming name in the web hosting industry and over a short period, it has been quite a huge name. Whereas Bluehost India has been a popular one and one of the oldest web hosting brands. Hostinger has now made itself available at a very economical price, which has brought many websites over the last few years.

There has always been a war between these hosting giants, and this has been seen in their customers. So, rather than getting a wrong one, let’s see and get a better one of the two.

Bluehost Vs Hostinger India At A Glance

Hosting is one of the widely used web hosts in India and with its new pricings they have reached a new milestone and the business is quite good. They both are one of the best Web hosting service providers in the world and have a unique identity at the global level. However, here are the things you look for while choosing a web host.

Speed is an essential role in the development of your website and the web hosting website or server providing the speed should be fast so that it does affect your business.

Hostinger gives quite a good speed to load your website or your webpage. At a speed of 0.8 seconds using a CDN plan offered by Cloudflare which is a global web performance and security company.

Both the hosts provide the best features, but looking deep into their all features list are some important ones. Hostinger gives you a free domain with an SSL certificate with a money-back guarantee in 45 days on the contract price.

Moreover, Hostinger is one of the best web hosts that allows the best Multiple Websites service. But comes with only 20 GB of disk space, which can be difficult in sorting heavy files.

Whereas Bluehost India on the other hand also offers a free domain with an SSL certificate and all the Bluehost plans are covered by a 30 days money-back guarantee.  With cPanel to manage your files for a single website.

Though it does not allow multiple websites but has a huge space of 50 GB over the disk, it can be sufficient to store heavy files easily.

Something which is required for the development of a website and becomes a professional blogger you need a WordPress for your website. Hostinger here provides you with a one-click WordPress installation in which you can disable or enable the plugins at your will.

With Softaculous WordPress installer, creating a website now can take only a few minutes. Bluehost is one of the 3 websites that are recommended by WordPress on their website.

Bluehost offers a free CDN which abbreviates to Content Delivery Network with the help of Cloudflare. This is also easy to manage, even for a beginner as it is on the dashboard. This improves the performance of the website and boosts the loading speed of the site.

Sitelock Malware scan is also provided with the hosting and regular scanning for malware also this helps from Google blacklisting the website by keeping a track on Malware and virus entering through your site.

There is often seen a crash on a website or a webpage or some malware attacks. Some big companies have seen crashes. Along with the hacking of some websites is also a concern a website always has. So, security is something thatyou should never compromise.

Bluehost provides a free SSL certificate that assures the visitor data of secure data and enables https access. Also, the Sitelock features take care of most of the unwanted malware from entering the website. Regular scans are always done daily or as per the consent of the customer.

In case of a hacked website or crash, it also keeps a backup provided by Codeguard Basic and with also a server-side backup in case of an emergency which acts as a backup’s backup. In that case, a 6-12 hour restoration can be given easily.

Hostinger also provides an SSL certificate which on Hostinger comes which comes for a lifetime you need not renew it every year.

Though Hostinger does not provide an automatic malware scan, it also allows many plugins and add-ons so that there is no problem for the website you add a third party for a malware scan and keep the data safe.

The same is seen with the backup plugins. With this manual control of plugins, it can be hard, but the security and data are still highly safe with Hostinger.

Depending on the number of hosting domains needed to the customer, it can be one hosting or can be multiple. Bluehost in their basic plan provides you with only single hosting which can change if the plans are changed.

Whereas, Hostinger provides you with multiple domains hosting in their basic premium plan and also in higher plans. With hosting availability of over 100 websites,Hostinger can be the Web Hosting you might be looking for.

For a beginner or a dance website, it is important to have a user-friendly interface so that it can be easy to control and use the website. Bluehost has the usual cPanel which can be controlled by you directly by the dashboard.

Things are very sorted and easy to find. Hostinger provides with anHPanel. Which can be controlled with caching DNS, and the fine manager present in the dashboard. So, it is not hard to control and use both. It is as user friendly as it can get.

Both The Web Hosting Companies Have Indian Server’s And Data Center In India.

This is something important in case of emergency or any doubt. But in a way both have the same live chat support with instant replay service and with e-mail support available.

Also, talking to an executive service is available at BlueHost but available for Hostinger. Common problems usually answered by the blogs and videos Bluehost gives slightly better customer service and support.

Both the hosting servers are capable of handling higher traffickers and offer unlimited bandwidth and unlimited visitors. Though the basic bandwidth policy of Bluehost is quite unclear Hostinger can handle up to 400 live users without crashing the website and handling 40-50k traffic over a month on a basic plan.

But that can easily vary if the customer is using shared plans and this can help in better handling the traffic better but in general, easily handling of minimum 1000 traffic per day can be seen in both the web host.

No matter how good a hosting server is, they all have their pros and cons and it can use for some in deciding which one is better for them as per their needs.

Reading about the two leading giants off the web hosting in India it is quite a confusing task and here are a few frequently asked questions, which are answered for you:

1. Which is better – Hostinger or Bluehost India ?

The truth is, they both are one of the best service providers if has to choose from the one services. But with the need of the customers, it makes the difference and makes the one that fits into their needs a better host.
Like if you’re looking for a multi-domain web hosting server, then Hostinger might be a better choice and if you want and in the case of add-ons and WordPress Bluehost outshines Hostinger by a margin. Choose the web hosting server depending on the needs you have.

2. Which is cheaper Hostinger India or Bluehost India?

WordPress is available on Hoistinger and can be installed manually. But Bluehost India is recommended by WordPress itself so, if looking for a better WordPress related site, then Bluehost is the better option among the many.

Endurance International Group (EIG) owns more than 7 one of the leading Web hosting service providers and Bluehost India is one of the best web hosts and is a part of a web giant group.
Whereas, Hostinger is a parent company of 000Webhost, Niagahoster, and Weblink. So both have their unique identity on the global market and in the Indian web Market too.

5. Is Hostinger reliable Hosting In India?

Hostinger is reliable and provides super speed in both uptime and also web page loading. They also provide many features and also give you the manual control of the dashboard and security.

6. Why is Hostinger India cheaper than Bluehost India?

There is no specific reason it is cheaper, but Hostinger India is one of the cheapest web-hosting providers in the world and also offers shared hosting, WordPress hosting, and Cloud Hosting. Though they can’t provide all the features for free or at a cheaper cost. 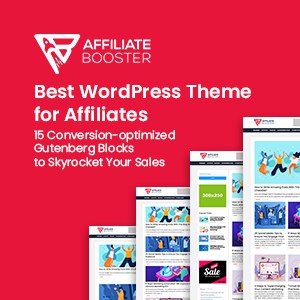